The village of Ennerdale is to be found on the western edge of the Lake District National Park, and offers an unspoiled Lakeland experience. A destination point on Wainwright‘s Coast to Coast Walk, the village hosts two pubs and a village shop & café.

With the beautiful Ennerdale Water lying a mile to the east, the valley is popular with walkers, as it is part of the Coast to Coast route, yet is still a quiet place, free of the tourist hustle and bustle of more readily identifiable Lake District areas.

In the heart of the village lies the very popular school, and St Mary's Church (built on the site of a medieval chapel circa 1858), which is referenced by Wordsworth in his poem, "The Brothers".

Here you will also find the local hotel and public bar, The Shepherds Arms; the village pub, The Fox & Hounds, and The Gather, our shop and café.

The Ennerdale valley, around Ennerdale Lake, contains one of the largest forests in Cumbria, and has more than 20 miles of forest road, and many other paths open to the public.

The village is only a short distance from the West Cumbria Cycle-path from Whitehaven to Rowrah, and also from the C2C route, for those of you who’d rather cycle than walk coast to coast.

As no election has been called for, we are now inviting applications for co-option onto the council to fill the vacant seat. Please see the attached documents for more information or contact the clerk clerk@eandkpc.co.uk 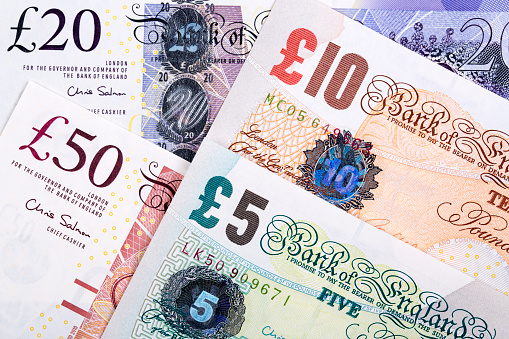 We've been asked by a couple of people why there was a big jump in the precept this year and where the money has gone that the council had in reserves. I hope this will explain, but if you do still have any questions, please email me (clerk@eandkpc.co.uk) and I'll try to answer them.

As part of the budget, Councils are also required to keep a general reserve for unexpected expenditure. This is advised as between 3 and 12 months of the planned expenditure, but as we are a smaller authority with no buildings to maintain, any unplanned expenditure is likely to be much smaller. As Responsible Financial Officer for the Council, I recommended that between 3 and 6 months would be adequate for our circumstances.

The Council was faced with the tough decision between keeping the inevitable precept increase to a minimum and providing minimal services, or accepting that the shortfall needed to be addressed and committing to actioning some of the improvements to the village that have been requested. In addition, as this is the Queen's Platinum Jubilee year, the Council wanted to ensure that funds were available to celebrate this as a community. Ultimately the Council decided that it was better to have the increase implemented in this financial year, so that people would be able to see the benefits almost immediately, rather than dragging the process out by making what would still be large increases, incrementally over a number of years, yet offering no visible return from it.

I hope that this answers your questions and while I appreciate that increases may not be popular, I hope that you can see that this has not been done lightly. Some items on the budget are a one-off, such as the Queen's Jubilee, and once purchased, planters and benches will only require mainenance, not replacement - for a number of years at least. Because of this, there may be a reduction in next year's precept, or we may find we have sufficient funds to be able to make bigger improvements. I hope you have already seen some of the changes as plans start to take shape. Don't forget to let us know if there is something that you would like to see happen and we'll see if we can help.